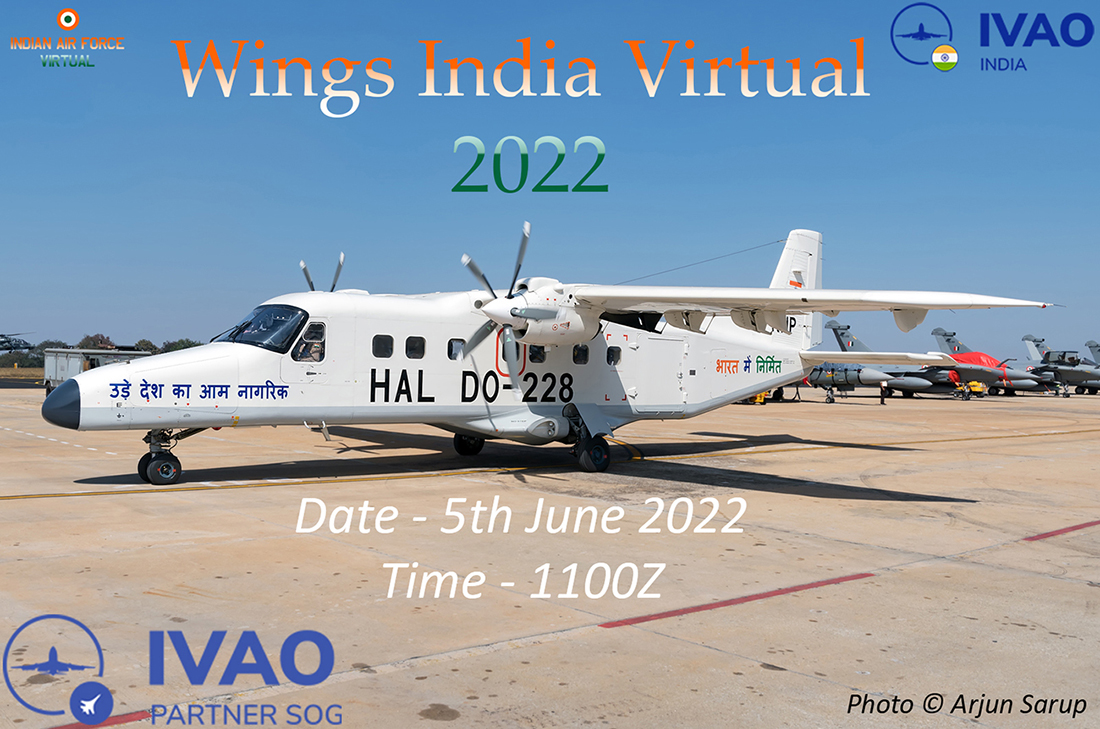 SO events offer a unique opportunity for a team effort, where the performance of each participant may have an impact on the overall objective. Some SO events are challenging and it is an opportunity to practise and to demonstrate skills; users of all levels of expertise are welcomed.

General kinds of SO Events include military operations (including application of weapons), humanitarian operations, various aerial work, flying displays and so on. Since SO Events typically involve many participants performing different types of roles, they can be highly realistic and fluid, evolving as they progress. Unlike civil events, there are countless scenarios of SO Events and no two SO events are identical. SO events are thoroughly organised and planned, participants get a chance to experience a mature environment and this is what makes them highly sought venues.

International SO events may be organised by divisions (divisional SO departments), official Special Operations Groups (SOGs) and HQ–SOD. Divisional SO events are organised within a particular division and are intended for members of the respective division. Only the international Special Operations events are mentioned (published) on the HQ–SOD website.

1. Check events listing on the HQ-SOD website and explore event's details. Most events are published several weeks in advance.

2. Study Event Master Plan. Ensure that you understand what is expected of you as a participant and prepare for it; some events require a sound knowledge (at least theoretical) in specialised fields, but newcomers are always welcomed. Some events employ a role/slot system to limit the number of specific sub–roles (e.g. a maximum of 5 rotary–wing pilot participants of group B), these are available on a first come, first served basis; event–specific rules are also common and shall be observed. Make sure you have all the necessary resources needed for a particular event well in advance, such as aircraft add–ons, event–specific sceneries, aeronautical data, reference materials, etc.; most of organisers provide links to the needed resources. If you have any questions, do not hesitate to ask event's organiser beforehand (contact details are provided on the event profile page).

3. Registration. Since event organisers normally need to know how many participants to expect in order to refine event's scenario and to plan ahead, you shall register (book) using the interface of the Internal Portal of HQ–SOD website. Some event organisers require prospective participants to provide additional information upon registration (e.g. flight simulator platform that you use, type of selected mission, etc.). Please note that event organiser may update Event Master Plan or even cancel event, so please be sure to periodically check event profile page. Event organiser may also contact you via the provided email to supply you additional information or ask you to clarify something related to your registration. Some events do not require participants' registration, when this is the case it will be clearly indicated on the event profile page.

4. Day of the event. Some organisers run a mandatory verbal briefing before departures, make sure you participate if there is one; such briefings commence at the event's starting time. Enjoy your event and take memorable screenshots or videos. If you are unable to participate in the event, please try to cancel your registration in advance through Internal Portal.

5. After the event. Feel free to share your experience with feedback and possibly screenshots or videos in the event's dedicated forum topic or on HQ–SOD Discord server. A list of IVAO members who participated is published on the event's profile page on the HQ-SOD website a few days later.

"Wings India Virtual 2022"
International SO event
This event has finished

Indian Air Force Virtual and IVAO India is very happy to invite you all to Wings India Virtual 2022 to be organized on 5th June 2022, from 1000Z.
The Indian Civil Aviation Air show is a biennial air show held in Hyderabad, India at the Begumpet Airport. The first show, India Aviation 2008, was held from 15 to 18 October 2008.
Begumpet airport was closed for regular commercial operations and is now used only for private, defence and VVIP aircraft ever since the new Rajiv Gandhi International Airport at Shamshabad, Hyderabad became operational. Hyderabad will be a permanent venue for this Air show.
The show includes both air displays and static exhibitions of various Civil and Military aircraft, along with displays from vendors, suppliers and production organisations.
The aircraft, which were on static or flying display, include Boeing 777, Airbus A340-400, Canadian Regional Jet of Bombardier Citation, business jets manufactured by various global leaders, Bell Helicopters, DragonFly, Cessna, Indian-made Pushpak and Indian firm Hindavia’s Russian-made regional aircraft Ilyushin Il-114.

The Ministry of Civil Aviation, Airports Authority of India (AAI) and Federation of Indian Chambers of Commerce and Industry (FICCI) jointly organized Wings India 2022 from 24th – 27th March 2022, Begumpet Airport, Hyderabad, India.
It is Asia’s largest event on Civil Aviation (Commercial, General and Business Aviation).
As part of the ‘Azadi Ka Amrit Mahotsav’, the theme of the event is “India@75: New Horizon for Aviation Industry”. The focus of the event was new business acquisition, investments, policy formation, and regional connectivity.